As my HP N54L server has 4 hard drive bays, I’ve been waiting for a good deal to add hard drives and expand my storage. Following a special offer at Argos (£99 instead of £249 😎 ), I purchased a WD 4TB My Book Duo Desktop USB Hard Disk Drive: 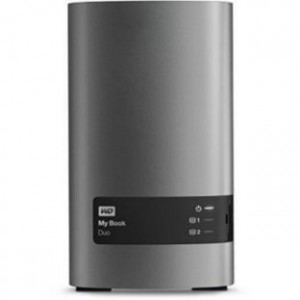 The idea was to take the hard drives out of the box and fit them in the server: 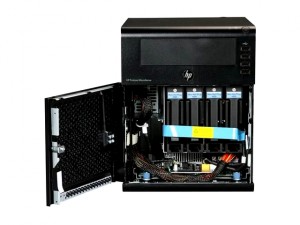 I originally wanted to set them in RAID1 (mirrored) for additional data protection, it turns out that the RAID1 feature on the Bios is not compatible with Ubuntu.

I therefore decided to use ZFS which although a bit slower, would actually be more powerful than RAID1 due to its self healing functionality.

This is what I did to set it up:

It is better to set it up by using the hard drive ID rather than name. the below command will give you what you need

Once I have the names of the drives, I uses the  below command to create the zfs pool. (Don’t start copying files into it yet until ZFS file systems are created:

I then created a separate file system for each of my top-level folders:

Thanks to whirlpool.net.au for the instructions on how to set up ZFS.