The first LEDs I got to replace running expensive halogens were not the best. Although they were really bright (520 lumen) their angle was only about 30º and they didn’t dim that much. So it resulted in a darker room than with the old halogens (which were less bright at 400 lumen)

I got new sets of LEDs. This time I spent much attention to getting ones with a wide beam angle. One thing to note: even though they dim much more than the first ones I got, they still don’t dim all the way down to off like halogens would, probably down to about 30-40%. (They work also very well with the LightWaveRF switches that I use to control them) 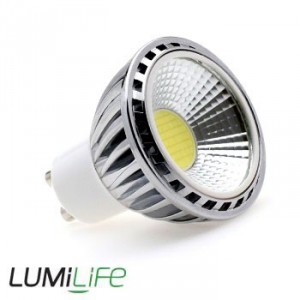 Not only these are much cheaper to run than halogens (less than a 1/10), but because of their wide angle, they end up being actually much brighter too, even the kitchen ones which are only on 320 lumen (VS. 400 lumen for halogens). RESULT !