I’ve now changed the “dumb” doorbell with a “smart” one; the previous doorbell was a standard push button with a wireless receiver that plugs on a socket.

I’ve purchased a Byron SX-20T kit which resolves the above issues as there are 2 receivers in the kit and they are both pass-through so I don’t lose a socket. They also both have a rotating control button to adjust the volume (handy for the one that’s upstairs when our little one is sleeping) 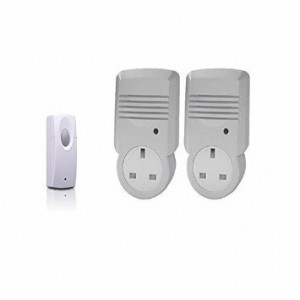 But the best thing about it is that it uses the 433MHz frequency which is recognised by the RfxTrx433 so I can automate actions in DomotiGa when the doorbell is pushed, and here is what happens when someone does:

I’m planning on adding some “proper” CCTVs to the house – the ones I had before were cheap and not so cheerful so  I got rid of them. When I do, I can then send a picture of the CCTV with the notification email.