There are a couple of things I do not like with the default WordPress UI, namely the “Featured Post” header:

and the “Proudly powered by WordPress” quote at the bottom of the page.

Here are the hacks I use to remove them


Ubuntu lists USB devices by default under /dev/ as ttyUSBx where x is a number starting 0. Issue with this is if USB devices are swapped to a different port, it’s not clear with ttyUSBx device relates to which physical USB device.
There are a few ways to change settings to point to the correct USB Device. I’ll list to 2 most common ways. The below is an examples for an RFXTrx433 USB Transceiver, but the process works the same for any other USB device.

Now it does not matter which USB port your device is connected to, it will always be found.


Following my first iteration of the IKEA GRÖNÖ Lamp, I wanted it to be a bit… well less smart?

It’s all working well and good, but if one wants to turn the light on or off, one needs to open the Home-Assistant app/website to control it.

I wanted to add way to allow the light to be manually turned on/off if needed.

So I decided to use a spare HC-SR04 Ultrasonic sensor. 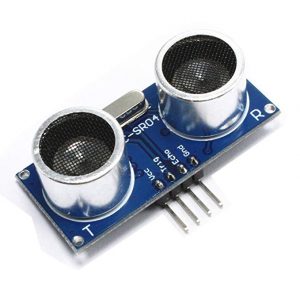 Now it is possible to simply “swipe” a hand above the light to turn it on or off, and it also updates its status on MQTT so Home-Assistant can be updated too. 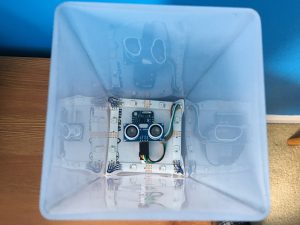 The code can be downloaded from my github


I have long been looking for a way to add a light in my son’s bedroom to try and teach him to stay in bed until it’s morning. I’ve seen many clocks that give a different colour for sleep and it’s ok to wake up times, but they were too “childish”. Also they’re all “dumb” in that the time is not synced so I’d have to adjust the time every so often (at the very least twice a year as daylight saving changes) 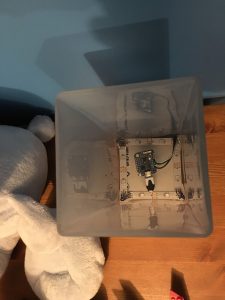 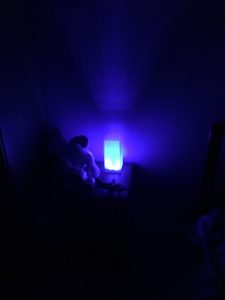 
So I’m still on Ubuntu 16.04, and from version 0.65, Home-Assistant.io now needs Python 3.5.3 or later to run.
Issue is, by default Ubuntu 16.04 only goes up to Python 3.5.1.
I can update to 3.6 but ran into backwards compatibility issues. So I thought this would be a good excuse/opportunity to try Docker.

And my oh my is it awesome. No need to worry about any prerequisites, it takes care of everything that’s needed to run HA. It also means updating and downgrading HA is a breeze.

Only issue I’ve seen so far is that the python scripts that I have running to update some of HA’s devices no longer work as they use libraries that aren’t installed in HA’s docker. I looked at a few options but ended up moving them completely out of HA and having them publish on MQTT instead of interacting with HA directly.

Moving scripts to communicate via MQTT also means that should I lose internet connection, my HA instance will keep updating as I’m not attempting to connect out and back via HTTPS.

I’ve already added InfluxDB and Grafana on Docker and I use Portainer to manage it all, I’m now planning on moving other apps to docker (Plex, WordPress, OpenALPR, etc)

Finally I use docker-compose instead of docker run to launch my containers, it’s easier to manage all options and means I don’t need a separate bash file to launch each container. Here’s the container I use for HA, InfluxFB and Grafana:


I’ve recently discovered OpenALPR and I’m really impressed by it.

OpenALPR is a software that performs Automatic Licence Plate Recognition (Hence ALPR) from a video stream. The free account is quite basic as it does not offer alerts, but it still allows plate recognition and saves them as well as the actual picture for a few days.

All I had to do was to install the agent and create an account on http://cloud.openalpr.com

And this is how impressive it is at recognizing plates: 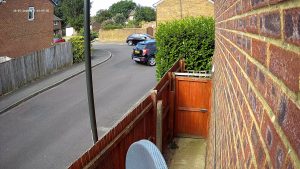 It appears to be quite resource hungry though (well my camera’s resolution is 3072 x 1728 !) so I’ve only got 1 camera fed through the agent now. I’m planning on trialling another agent on a raspberry pi and see how it copes…

Turns out a Raspberry Pi would not be strong enough to cope, or so that’s what the people at OpenALPR say… 🙁


So I’ve had the old Conservatory removed and a new one put in place. Well I still refer to it as a conservatory, but with a solid roof and a dwarf wall, it’s more an extension than a conservatory.

Anyway, technicalities aside, I wanted to ensure the conservatory would fully integrate with my Home-Assistant setup, so here is a summary of the things I did:

The LightWaveRF switch was a no brainer to install and configure, so I’ll just skip straight to the next section

The Speaker cables were no issues either, and I connected them to a pair of Mission LX1 white speakers. They actually sound a lot better than I thought they would. 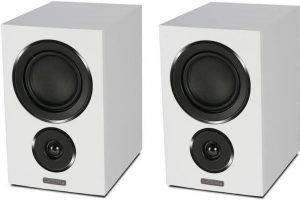 I connected them to the Zone 2 of my AV. First thing I noticed straight away is that although the AV has a Google Cast built-in feature, you cannot cast to both Main and Zone2 simultaneously, which is a shame. I connected a spare ChromeCast Audio to the AV and that did the trick.

Now for the pièce de résistance, the LED Strip scotia. I didn’t want a bog standard scotia or skirting boards, I was looking for something a bit more… fancy. I therefore bought some LED strip profiles and taped an LED strip to it. I decided for a WS2812B LED Strip type instead of 5050 so I could control each individual LED independently in order to have some nice effects. I used the code from Bruh Automation to get started and loaded the code on a WeMos D1 Mini Pro.

Here is an example of what can be achieved with such an LED Strip:

This actually took much longer than I thought, mainly because I had to run a pair of power cables through the profile and feed power to the LED strip every 4-5 meters or so to ensure it would stay bright enough.

I’m really pleased with the end result however: 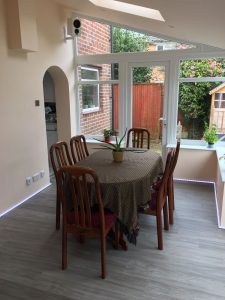 
I saw this little plug on Amazon recently and decided to add it to my “arsenal” of gadgets. 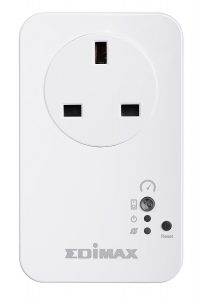 The interesting bit about it is that not only it can be remotely controlled, but it also provide energy monitoring, so you know if the “dumb” appliance that’s connected to it is on or off.

I’ve connected my kettle to it as a test, and I think it might stay there for a while now.


Thanks to C4rtm4N I now have the status of my Sky+ HD box in Home-Assistant. When used in conjunction with dalhundal‘s sky-remote-cli it becomes close to a fully fledged solution.

The code I used (for now, there appears to be times when it generates errors in HA) is:

Sensor to catch the box’s status:

Template Switch to control the box:

The shell commands are:

of course replace the ip addresses with that of the Sky box (which should be fixed by your router). You’ll need to ensure sky_remote_cli is installed of course:


I’ve been using the excellent cloudmqtt since my early days getting to know MQTT. It’s been flawless except for about 3-4 times this month where it failed and I had to contact cloudmqtt support. Now I have to praise the support team as they did an excellent job very quickly, but the few faults made me think it was time to get myself my own broker.

In addition to going away from potential third party failures, it would allow me to keep controlling my devices should I have any internet access issues.

So I followed this page to set up mosquitto on my server.

Once done, I didn’t want to just switch everything over from cloudmqtt to mosquitto as I have quite a few devices to connect to cloudmqtt, some less accessible than others. I therefore created a bridge between my mosquitto and cloudmqtt to get the best of both worlds.

This was done by a new mosquitto config in the` /etc/mosquitto/conf.d/ directory`, I used cloudmqtt.conf (it can be any name as long as it ends with .conf so mosquitto will read it) with the following info:

All I then had to do was to point my Home-Assistant config to my own mosquitto broker.