Now that I’ve set up Plex on my server and install Plex Home Theater on my PC, I can play movies on my PC and watch them on the TV in the living room (via SPDIF & HDMI cables).

Trouble is Plex Home Theater is designed to be controled by a remote and mice are not supported.

I’ve therefore purchased an MCE remote from Amazon. The beauty of this remote is that 1) it’s ridiculously cheap (the price was £6.95 when I bought it) and 2) it’s natively supported by Windows, no need for bloat software or drivers. 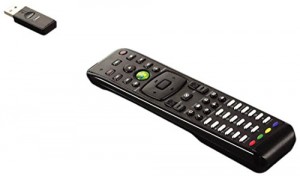 1 tiny annoyance though, the green Windows button is set up to launch Windows Media Center and there doesn’t appear to be a setting to change this. 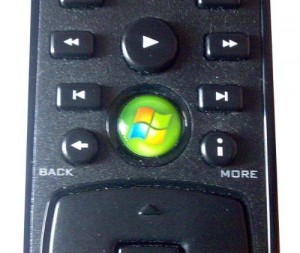 After a bit of digging online, I found out that the green button launches C:\Windows\ehome\eshell.exe

So it should then be fairly easy to replace this file and put my own script instead right?

Wrong! For some reason Windows has this file set up in  such a way that you cannot delete or rename it. This is the way to go round the limitation:

You can now rename eshell.exe and use a different program instead.

I have used AutoHotKey to write a script which would launch Plex Home Theater instead of Windows Media Center:

Now why stop there?

I would still need to get to the PC and manually set the default audio output to SPDIF, and I have to use my HomeEasy remote to activate a Movies mood scene in DomotiGa (I’ve synced a button with my RFXTrx433 so DomotiGa recognises the remote as a device).

So I created another AuthoHotKey script which constantly runs in the background and adjusts the default audio output depending on whether Plex Home Theater is running or not. And it also executes a Python script which will send a command via JSON-RPC to update a device on  DomotiGa.

Here are the scripts:

Now I simply need to sit on the sofa and press the green button, and the following happens “automatically”:

[Edit – 20/05/2016] This doesn’t seem to work under Windows 10. MCE is technically dead under Windows 10, yet I can still start MCE manually and the remove appears to still send some of the commands, only nothing happens when pressing the MCE button. I’ll share more once I have an update