The LCD display is stable enough for now that I don’t need to keep an eye on it (using a separate program to update it sorts any glitches out by re-initialising it).

However the brightness is just not right. The LCD was intended to be used with an Arduino board so expects +5V VDD, however it only receives a +3.3V VDD from the RPi.
Powering the LCD with +5V but using the +3.3V on I2C bus was not working.

I’ve therefore purchased a Bi-directional Logic Level Converter (HERE), hoping to power the LCD with +5V and use the same voltage on the I2C bus at least at the LCD side: 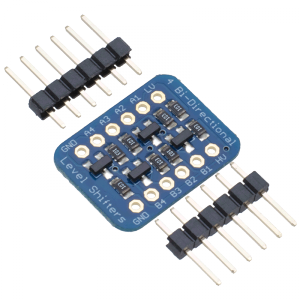 I should hopefully set this up shortly and will update my findings here.

The Logic Level Converter doesn’t do the trick. The LCD does not get recognised by the Pi. I’ve even tried to power it via a diode to drop the power support from 4.6V (read from a multimeter) down to 3.9V (0.7V loss via the diode), but the Pi still does not recognise it. I’m starting to think this is a poor LCD, but it can still be read when powered by +3.3V, even though it’s a bit dimmed.

I know I had many issues due to the breadboard as the LCD would even dim for half a second if a loud sharp noise was made close by. Since I have a Humble Pi, everything is a lot more stable, so I thought of revisiting the Logic Level Converter avenue, and it’s all up and running smoothly now 🙂

Oh and I’ve also got a custom case 3D printed, see this post for more info… 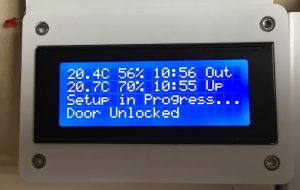